Acupuncture has been shown to be highly effective with CFS patients. The use of acupuncture increases the circulatory system and removes toxins from the bloodstream.

What Are The Symptoms of Chronic Fatigue Syndrome? 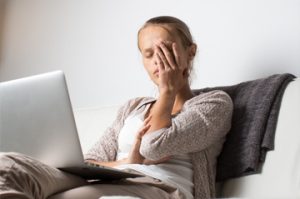 Chronic Fatigue Syndrome (CFS) is a condition that, although poorly understood, is associated with symptoms of substantial fatigue, muscle pain, sore throat, emotional instability and difficulty concentrating persisting for six or more months. Although the cause for CFS is unknown, scientists believe it is an autoimmune disorder, which implies that certain cells in the body are directed to attack themselves. A virus or bacteria according to researchers may trigger CFS. Today, approximately 422 out of every 100,000 Americans suffer from CFS. Other research has linked CFS to those suffering from allergies.

Acupuncture has been shown to be highly effective with CFS patients. The use of acupuncture increases the circulatory system and removes toxins from the bloodstream. Herb supplements are available to relieve other side effects of CFS, such as the sore throat and lack of concentration. The use of acupuncture releases endorphins in the body to assist in the fight or prevention of bacteria or viral infection.

Physical therapy is beneficial to those with CFS by strengthening the musculoskeletal system. Those with CFS tend to avoid exercise because of fatigue. By maintaining muscle tone, the negative effects of bed rest or being sedentary will be avoided. Physical therapy also builds endurance through such cardiovascular training activities as treadmill, bicycle or swimming.