COVID-19: As the Coronavirus (COVID-19) evolves, we feel it’s important to keep you informed of the steps we are taking to maintain a safe environment in our clinics. 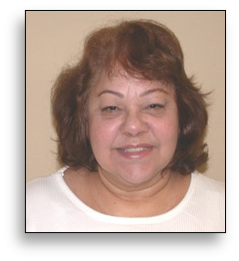 Nilda Acevedo, a good-natured and positive-minded, 61-year-old woman, had been suffering with fibromyalgia since 1987. Her fibromyalgia had been causing her pain from head to toe. Nilda also has spurs in her knees, which have caused excruciating pain in her legs. Nilda was unable to do any stationary standing at all, and was taking medication for pain two to three times a week. Nilda also received multiple cortisone shots that had little to no effect, besides causing weight gain.

Nilda came to ARC Physical Therapy and Pain Center. She was very impressed with how the therapists took their time to find out where the pain was coming from, and offered her a step-by-step prognosis. Nilda was glad that it was very different from her other failed attempts at physical therapy. While receiving therapy at ARC, Nilda had acupuncture, acupuncture with stimulation, cupping, physical therapy and massage therapy.

After a month of treatment, Nilda is now able to stand stationary for longer periods of time, enabling her to cook and wash dishes. Nilda is just thrilled that she "... hasn't taken any pain killers since the first week of treatment!" Nilda is so happy that the staff at ARC Physical Therapy and Pain Center is so knowledgeable and gives such excellent care. Nilda has already recommended a friend of hers to ARC, who is now creating their own success story.